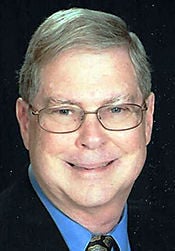 September in Nebraska seemed somewhat different this year.. Instread of a gradual change it’s been hot, cool, wet, dry all in 30 days.. But we must not forget, we do live in Nebraska..
LuEllen and I have been enjoying a mama turkey and her brood checking out everything around the yard.. She has 7 half grown kids..
I’ve been throwing out a handful of shelled corn occasionally just to watch their antics.. I think they’d come up on the porch, maybe in the house if we had the door open.. I assume the 5 old toms that graze in the meadow are the papas..
We’ve had some good moisture this year, the hay has been harvested 3 times and maybe be another crop if it warms up a bit.. The corn looks good too..
Although we haven’t had anything close to our midstate area, there has been several Amateur radio get togethers this year..They were mostly held in eastern Nabraska and reports would indicate good turnouts and good times enjoyed by all..
We have a couple Osage Orange trees on the neighbors field north west of us.. I related this to a neighbor kid who knows everything.. He said “oh yeah, if you keep a couple of them in your house, they keep the spiders out”..
Having said that, he jumped on his 4 wheeler and took off, only to return a few minutes later with 2 of them.. I put them in the kitchen and the next morning noticed the spiders were eating them..
We have a Loeffler family re-union in Cedar Rapids in October and a couple kids coming from Montana to visit.. Guess we’ll be busy..
Remember, don’y burn the barn down just to kill one rat…  73.. ejl