Funeral services will be 10:30 a.m. Saturday, February 14, 2015 at the United Methodist Church in Albion, NE, with Rev. Larry Barbary officiating. Burial will follow in Rose Hill Cemetery at Albion with military rites conducted by American Legion Post 162 and VFW Post 736 of Albion. Visitation will be 5:00 – 7:00 p.m. Friday at Levander Funeral Home in Albion.

Donald Carl Thessen, son of Richard and Elsie P. (Holliday) Thessen, was born July 24, 1925 at Gandy, NE. He attended school at Ansley Public Schools and graduated from Ansley High School in 1944. On October 7, 1943, he entered the United States Navy and served during WWII as a Radioman 3rd Class in the Pacific Theatre of operations, until being honorably discharged on April 22, 1946.

Bill married Vivian Louise Barrett on December 25, 1949 at Broken Bow, NE. To this union two girls were born, Susan Thessen Gragert and Karen Thessen Hagemann. They moved to Ansley and back to Broken Bow before moving to Albion in 1966, where they made their home. Bill then worked as an Area Division Service Representative for Kansas-Nebraska Gas Company for 32 years before retiring in 1987. He then worked part-time as a building inspector. His wife Vivian passed away January 17, 2005.

On February 11, 2006, Bill married Violet Valeria Klug at the United Methodist Church in Albion. They continued living in Albion the past 9 years.

Bill was a member of the American Legion, VFW and DAV, Amateur Radio Club and Albion Country Club, where he loved to golf. He loved bowling, traveling and volunteering for the food pantry. After retiring, he spent many hours restoring and collecting antique clocks, of which he has many to pass down to children and grandchildren.

He is survived by his wife Violet of Albion; two daughters: Susan (Dan) Gragert of Albion; Karen (Jerry) Hagemann of Albion; one step-daughter: Marilyn (Wayne) Rushing of Boise, ID; 10 grandchildren; 19 great-grandchildren; two sisters: Bonnie Blackmore of Cottage Grove, OR; SaDonna Richardson of Lexington, NE; along with many nieces, nephews, other relatives and friends.

Bill was preceded in death by his wife Vivian, his parents Richard and Elsie Thessen, baby brother Bobbie Lee and brother Rolland.

Services will be at Sacred Heart Catholic Church in Norfolk at 10:30 a.m. Wednesday with private family inurnment at a later date. The Rev. Gregory Carl and Deacon Jim Doolittle will officiate. Visitation will be 5-7 p.m. Tuesday at Stonacek Funeral Chapel in Norfolk with a 7 p.m vigil service.

He was born March 3, 1935, in rural Elgin to Frank and Frances (Schrad) Jochum. He attended school in Elgin.

He was married to Donna Runte in January of 1972 in Yankton, S.D.

After school, Denis moved to California where he worked for a well company. He then moved back to Elgin and farmed and trucked in the area. After marriage, Denis and Donna continued to live in Elgin until moving to Norfolk in 1997. Denis enjoyed operating his ham radio, being on the computer, fishing and having coffee with his friends.

He was a member of St. Mary’s Catholic Church in Norfolk.

Survivors are wife Donna Jochum of Norfolk; sister Delores Bode of Neligh; sisters-in-law Dorothy Straka of Atkinson and Karen Olson of Norfolk; many nieces and nephews.

Music will be by organist Mary Bruckner and the Bound For Glory Choir.

Condolences may be expressed to the family online at www.stonacekfuneralchapel.com. 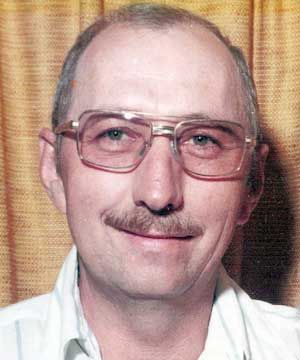 Funeral services will be 10:30 a.m. Wednesday, February 11, 2015 at Zion Lutheran Church in Albion, with Rev. David Frerichs officiating. Interment will follow in Rose Hill Cemetery in Albion. Visitation will be 4-7p.m. Tuesday at Levander Funeral Home in Albion, NE.

CNARC’s Mid Winter Meeting will be held on February 21, 2015 at Valentino’s, 2245 Webb Road, Grand Island, Nebraska.
The meeting will start at 11:30, attendees eating from the buffett.  We will meet in the back room as usual.
Please RSVP to KC0DA, at 3.982 Nebraska Morning Phone Net or kc0da@arrl.net no later than February 18th.  Hope to see you there.
If, necessary we will reschedule if the wx does not cooperate.
73
KCØDA/Larry

We had been missing the winter storms until the 1st of Feb. and then it hit us with 8-9 inches of very wet snow. We picked up .30 in of rain to give us a nice slick undercoating before the storm so we now have had enough… no more required.

For the DXers we now have K1N operating on Navassa Island. They have a huge pile up with some good operators but you may also hear some of the other kind.

A note from licensing:

New Question Pool Released(ARRL 12/17/2014) The Question Pool Committee of the National Conference of Volunteer Examiner Coordinators(NCVEC) has released the 2015-2019 Element 3 (GeneralClass) question pool. The new question pool becomes effec-tive for all Element 3 examinations administered on or afterJuly 1, 2015, and it remains valid until June 30, 2019.The question pools may be downloaded from:http://www.ncvec.org/http://www.arrl.org/news/new-element-3-general-class-question-pool-released

Poop From the Loup

From QRZ:New PS-31 pico balloon from VKAnother small solar-powered balloon was launched from Melbourne Australia early on Saturday January 24, carrying an Amateur Radio payload, and is flying as predicted.Andy Nguyen VK3YTÂ launched the balloon that is fitted with a 20mW transmitter on WSPR and JT9 using 30m and 20m, for location, altitude, speed and other data.He explained that with dial frequency 10.138700 MHz and 14.095600 MHz (standard WSPR dial frequencies), these will put WSPR at 1400 Hz-1600 Hz, and JT9 at 1000 Hz, allowing decoding of both WSPR and JT9 without changing frequency on each band.Andy Nguyen VK3YT had launched the PS-30 balloon on December 27, travelling eastward via New Zealand, South America, on January 16, it went down after 20 days during a storm at Madagascar just east of Africa.

The new balloonÂ PS-31Â has so far followed the predicted path over the east coast of Tasmania and reported by New Zealand, where it is to loop back over, before resuming an easterly flight toward the International Dateline in the Pacific Ocean.

In future, if all goes well, it could head for South America like its predecessor.

The world is listening and more trackers are invited. How far it will go is a mystery.